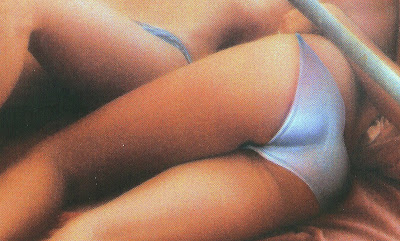 David Hamilton's Premiers Desirs ('84) is a good example of why his photographs are far more appealing than his movies.

If we see Hamilton's photographs as snapshots of lives in motion, our imaginations are left to fill in the worlds that exist beyond the perimeters of the images.

Another drawback is the the imagery itself. The cinematographer on these movies is rarely Hamilton himself. He hires a photographer so he can focus on directing the performers. As the credits roll on Premiers Desirs, a montage of actual photographs shot by Hamilton are flashed on the screen. All they do is remind us of how superior Hamilton's photographs are to his movies.

So why make the movies? 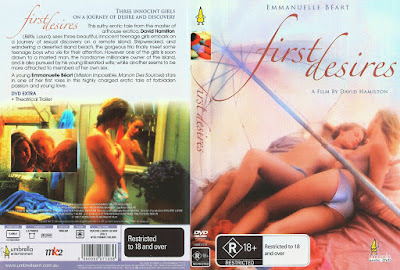 Umbrella Entertainment's DVD (Australia) is well presented
Hamilton has made six features in a similar vein; Bilitis ('77) is the most well known. 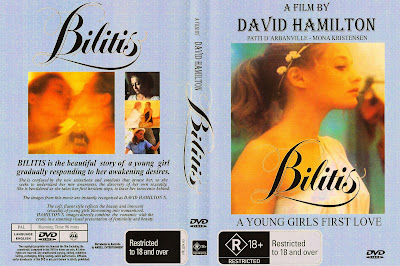 The most explicit of his softcore romps is arguably Tendres Cousines ('80).

Like his previous efforts, Premiers Desirs is about beautiful young girls trapped in ultra-contrived, juvenile scripts that exist only to disrobe them. They disrobe quite often, which is a fine thing, but, eventually, these Coming of Age dramas become numbing because they're so damn cliched.

It's a fantasy, of course, so anything is possible, but must such fantasy be so boring, slow, and, from a dramatic standpoint, embarrassingly amateur?

Which leads me to ask why, why, why -- apart from the money -- did Hamilton decide to make these films in the first place?

To me, watching Hamilton's movies -- after leafing through his books -- is an experience similar to discovering that a beautiful woman you secretly admire picks her nose and eats it. 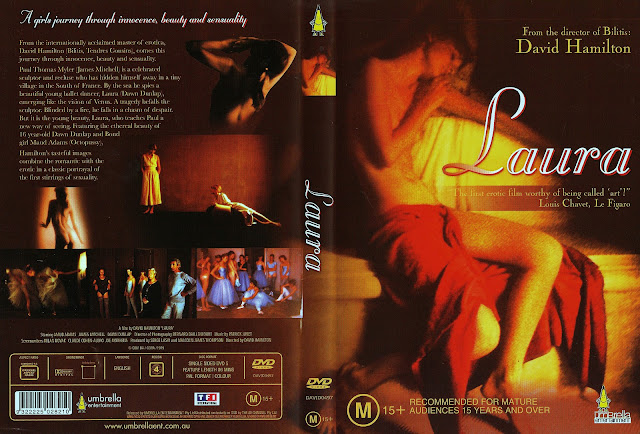