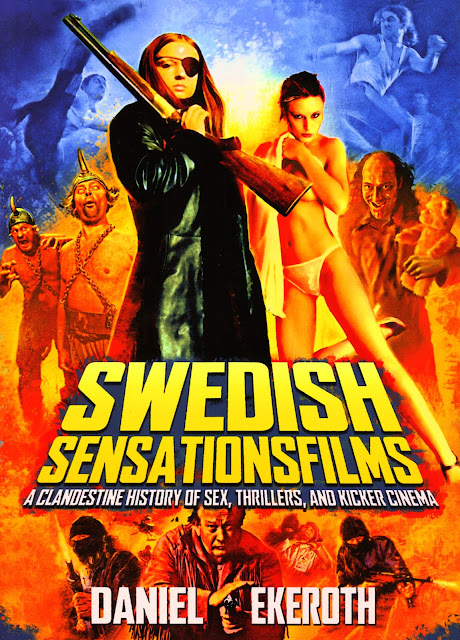 I live for new and fresh film books, and this is definitely one of those.

Daniel Ekeroth's Swedish SensationsFilms -- A Clandestine History of Sex, Thrillers, and Kicker Cinema (published by Bazillion Points) is an enthusiasts' guide to Swedish cinema's underworld of ex- and sex-ploitation.

Although Ingmar Bergman, a man closely associated with Sweden's film industry in the West, gets a justified look-in here with his The Virgin Spring (Jungfrukallan), this book wisely takes the crooked, bumpy, sleazy road of Swedish cinema to highlight titles that warrant inclusion in a book with such a title.

With a terrific introductory interview with the sweet and tasty Christina Lindberg, a woman who personifies 'SensationsFilms', the book kicks off with Adalen, a  '69 gem by a fella who cast his own son in one of his sleaze epics. It then runs alphabetically through more than twenty-five years of films deserving of your time and attention. It wraps things up with Joe Sarno's Young Playthings of '72.

The book is not the Swedish equivalent of Leonard Maltin's movie guide. On the contrary, the passionate Mr. Ekeroth dishes up mountains of facts, figures, and flea-bitten stories about the stars, directors, and producers of these celluloid firecrackers. 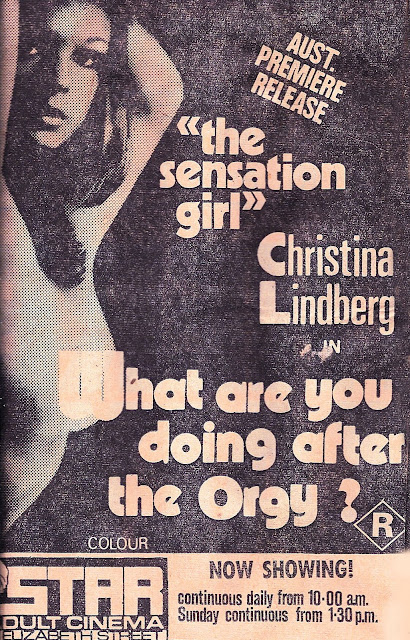 I'm proud to report that Swedish SensationsFilms did penetrate the cinemas of Melbourne in the 70's.
This is an ad mat from my own collection.
Personally, I was chuffed to see Torgny Wickman's  Inkraktarna (The Intruders), a big favorite of mine, praised and highlighted. Arne Mattson's Vaxdockan (The Wax Doll), a truly magical film that I've loved for many years, gets affectionate literary treatment, too. How could it not?! It's about a man's love for a mannequin. Now, in an era where owning your own lifelike doll is a reality, the film seems way ahead of its time.

The book is also loaded with great black and white stills (incl. one of Lindberg with Bo. A Vibenius), ad mats, and a helpful glossary on things you need to know about Sweden and Swedish counterculture.

Any fan of international cinema will eat this fucker up. 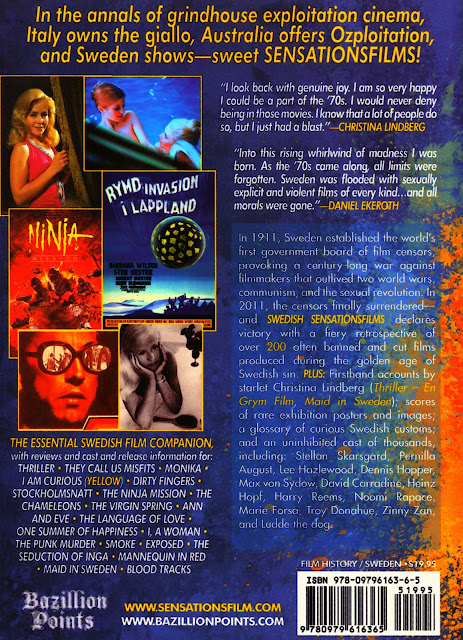