The Saddest Labyrinth of Grim Life

Jun Hayami's  Beauty Labyrinth of Razors has been somewhat of an untouchable, Holy Grail publication for me. It is said that Creation Books released a version of it limited to 69 copies, but I've been unable to acquire it because I refuse to pay the current eBay asking price of $400. My primary objection to handing over four hundred bucks is a story that the work is partially censored for "highly objectionable content". Creation Books has been sheepish about all aspects of the book's release, so the truth of their edition remains elusive. 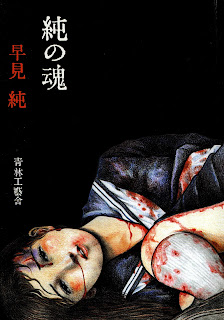 Fortunately, thanks to the amazing akatako.net, I've finally acquired the original, totally uncut Japanese edition of the book.

Expecting unbridled extremity, I was a little disappointed in the content, but now that I've perused it several times, looking for clues to its infamy, I can confidently say that it is one of the saddest, darkest, most wretched tomes of true horror I've seen in many a blue moon. 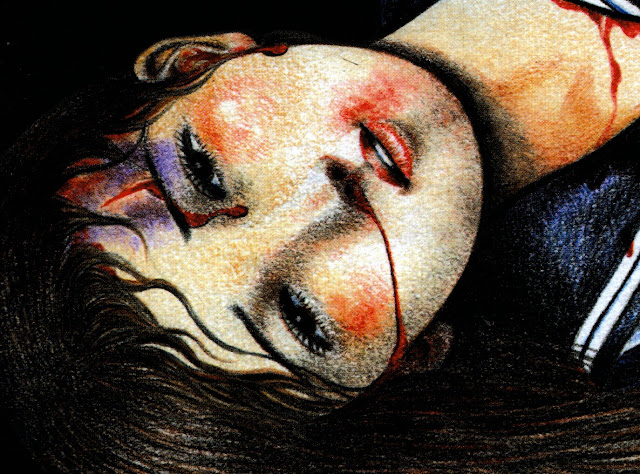 It is a collection of close to a dozen tales of heinous behavior directed mostly towards women. Men are depicted as lecherous, foul beasts, and Hayami's world view is bleak and anxiety-ridden. Although the women suffer terribly, the men often end up as crushed, gaping shells of viscera.

Some of the art is detailed and some of it is spare and simple. Various pieces feel like they've been hijacked from Panorama of Hell, Hideshi Hino's earth-shattering last word on grim. 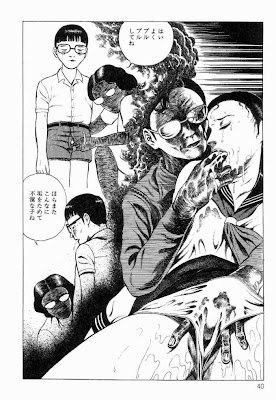 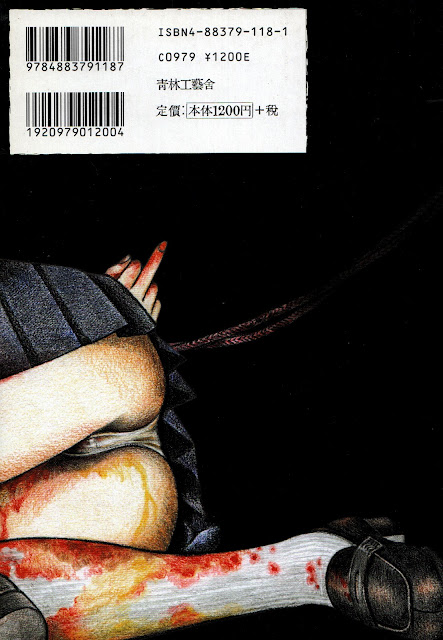 Sometimes we don't understand why we take the journey, but we are mindful of the need to at least consider what represents a destination.

Not a manga or even Japanese, Joseph Scott Morgan's Blood Beneath My Feet is a fine companion piece to Razors.

Morgan writes with the direct poetry of Jim Thompson and the candor of Selby Jr. and Bukowski.
Posted by Phantom of Pulp at 11:54 AM 3 comments: 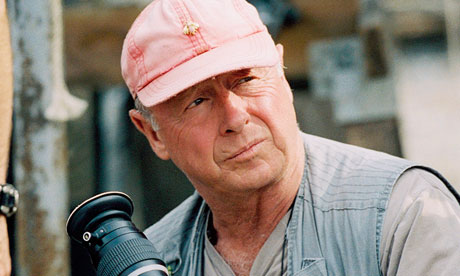 Film director and producer Tony Scott stepped off the Vincent Thomas Bridge in San Pedro, California yesterday at noon. His body was fished from the mud beneath three hours later.

His death stunned me. Only last week, I watched and listened to his commentary on Unstoppable, his last released film. It left me with the usual impression that Mr. Scott loved his work and brought the best out of people. In all his behind-the-scenes materials, Scott always came off as jovial and wise and forthcoming.

I wasn't a huge fan of his bigger hits like Top Gun, but I loved many of his films including True Romance (his best, in my opinion), Revenge, and The Hunger. Man on Fire had great pulp elements, too. 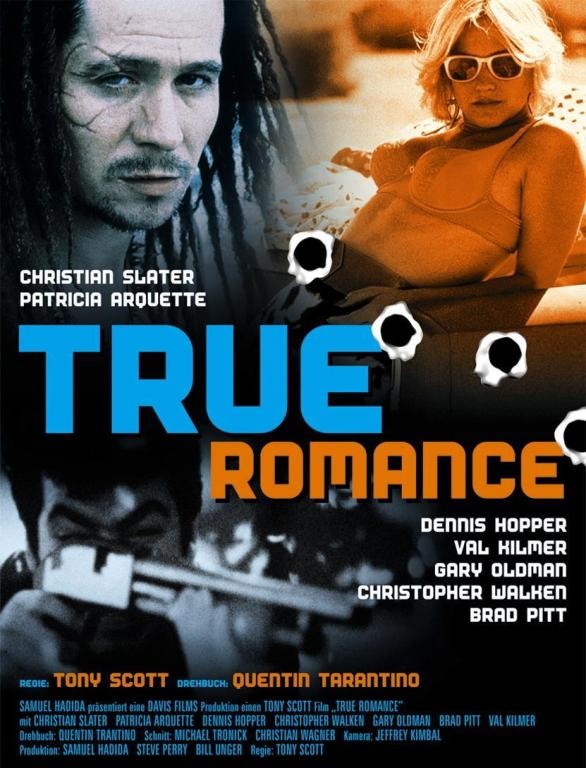 Seems he may have had inoperable brain cancer. He left behind two sons and a wife. There has been some on-line criticism of his decision to take his own life. People should consider that no man can walk in another man's shoes. What Mr. Scott did was his decision only, and he's entitled to that. Whatever was plaguing him is plaguing him no more.

Although some of the man's films suffered from style over substance syndrome (I'm looking at you, Domino), Scott was a master craftsman, and, as I've mentioned on this blog before, he managed to bring a great deal of pulp perversion and subversion to Hollywood pedigree films. 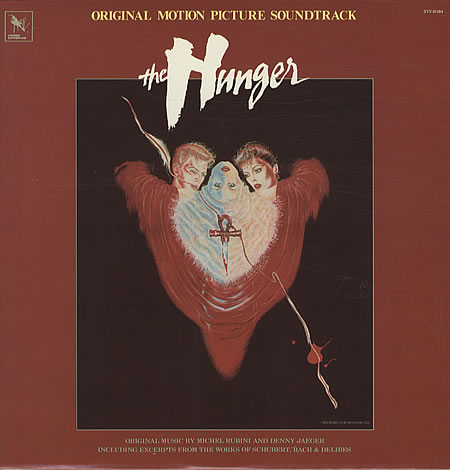 After watching any one of his works, I always felt that he gave each project 100% effort. Like many other filmmakers who have toiled in the Hollywood trenches for decades, Scott's work was not showing signs of lethargy. He clearly maintained the energy of his young, artistic self.

Ironically, the bridge he jumped off is the same bridge that William Peterson threw himself off of in William Friedkin's To Live and Die in LA. Peterson survived, because his action is revealed to be a bungee jump. Mr. Scott's action was a permanent one.

I visited the bridge and drove across it early this morning. It was an eerie but important act for me. I'll miss this guy. So will many others, I'm sure. 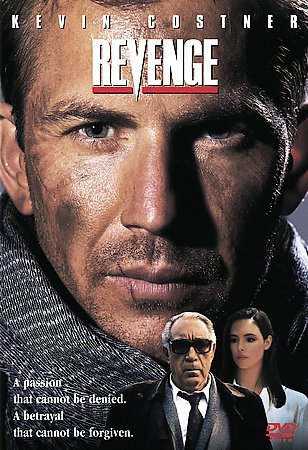 The Dark Brilliance of Senno Naiff 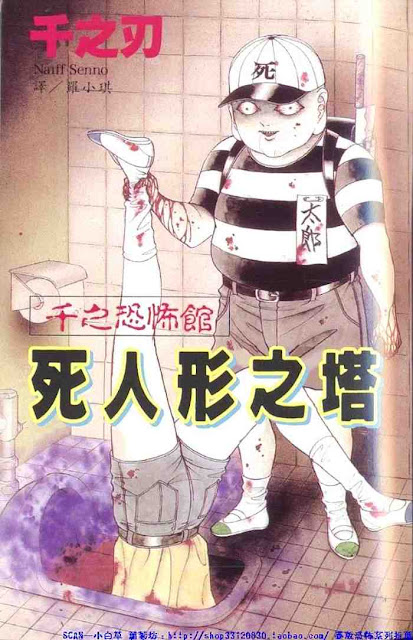 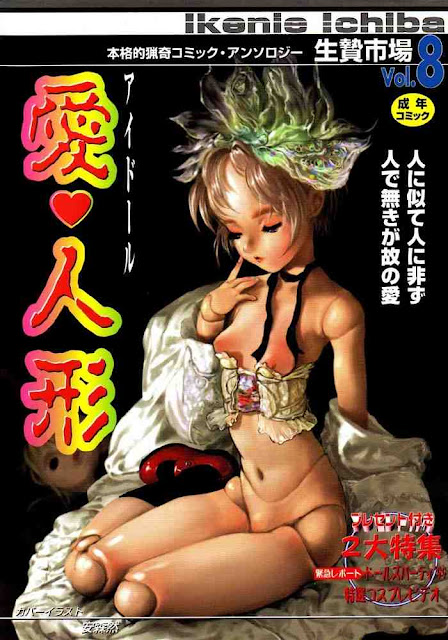 These scans, taken from Shoujou Pandora and Sister only hint at the darkness to be found in his work. 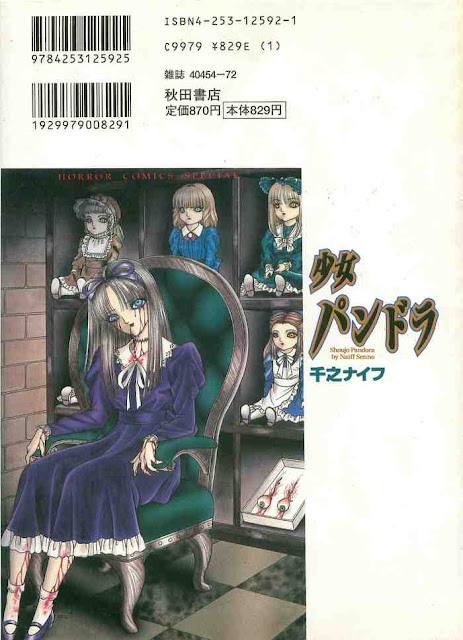 Artists like Naiff, Junji Ito, and Horihone Saizoua occupy a rarified plateau in the world of dark and  intensely troubling art. 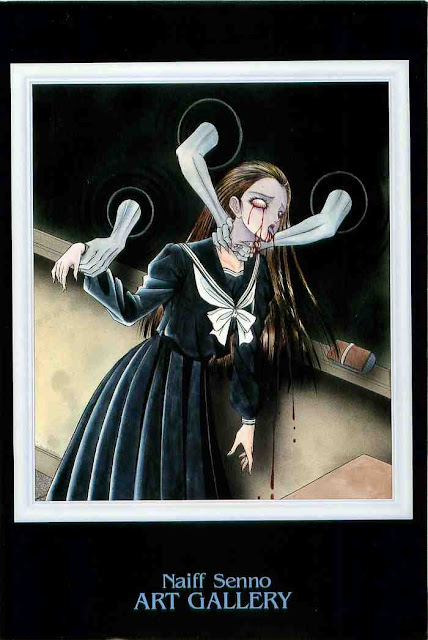 Explorations of their work always bring surprises, so please take the plunge. 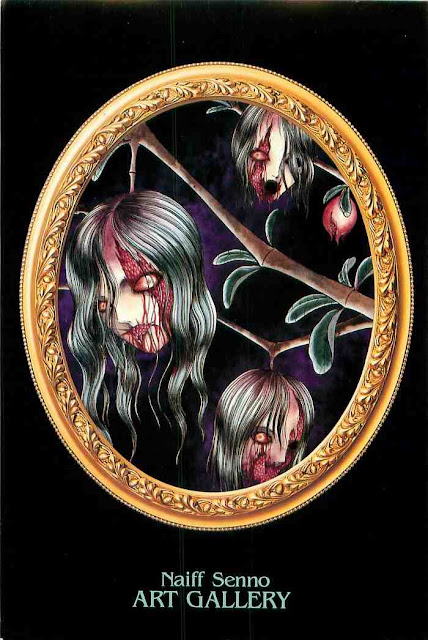 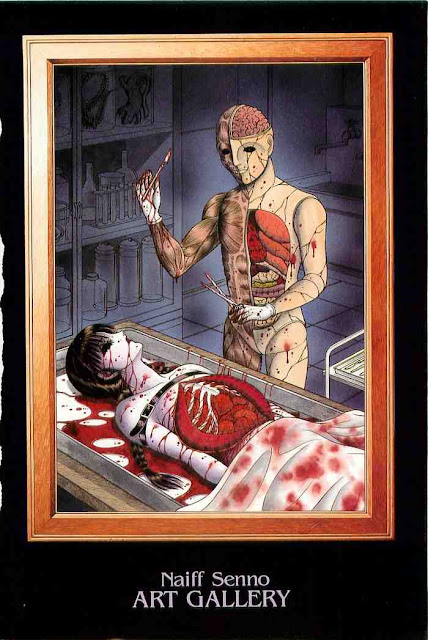 Ultimately, Naiff reworks his influences and produces work so terribly unique like this. 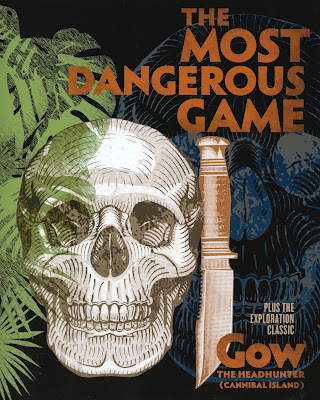 Merian C. Cooper, the King Kong producer, needed another picture while Kong was enduring rewrites, and animation was being finalized by Willis O'Brien. They bought the rights to Richard Connell's The Most Dangerous Game (one of the earliest 'hunting humans' concepts on literary record) and shot it on Kong's sets, used Kong's leading lady, Fay Wray, and even completed filming before Kong.

The film, a true treasure, has been remade several times, and it's inspired a torrent of other films right up to the recent Battle Royale and The Hunger Games, its icky, bland cousin.

Despite its now much-abused concept, it still stands as a masterpiece to me, a tale of grand adventure, jaw-dropping discoveries, and exotic, forbidden bastions. It resembles Ernest B. Schoedsack's Kong (he directed a couple of scenes here, altho the director credited with most of the work was Irving Pichel), but it feels more like Erle C. Kenton's Island of Lost Souls, made the same year (1932). Its style is formal, its sets are lush and evocative, and it layers in a good deal of lurid grotesquerie. Note the severed heads hanging in the trophy room and out in the corridors of the maniacal Zaroff's hideaway.

Plot is straightforward. Sole survivor of a wrecked ship (Joel McCrea) finds himself on an unchartered island that has become a human game reserve for Zaroff (Leslie Banks), a crazed hunter who's gotten bored chasing things on four legs. McCrea, a hunter himself, becomes Zaroff's target after the men differ on principles -- to put it mildly. Wray, the survivor of a previous beaching on the island, rides shotgun with McCrea as he creates elaborate traps for Zaroff and ducks his sharp arrows. 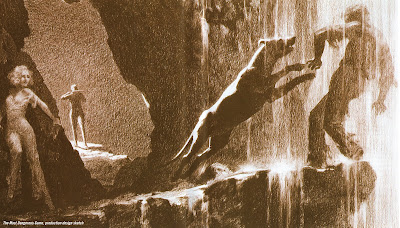 Flicker Alley's Blu-Ray of The Most Dangerous Game is a must for any cinephile's collection, and a double-must for those who choose to combine vicarious island intrigue with suspense cinema. The transfer is probably the best we'll ever get, and though it's slightly below Criterion standards, the difference is marginal, so Flicker Alley should raise a glass of Fosters and make a toast to a job well done.  Watching this on a big TV blew me back against the cushions of my sofa. Sound is very crisp, there's little evidence of electronic image tinkering, and the accompanying liner notes are awash with terrific tidbits such as: the film cost $150K. 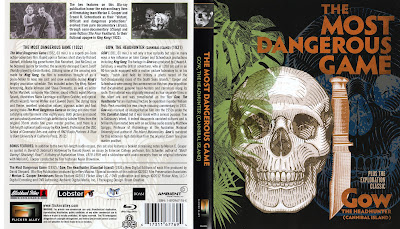 These past few years have been a a golden era for restorations with classics such as Kong, The Island of Lost Souls, and The Most Dangerous Game arriving on Blu-Ray. My cup of gratitude runneth over.

Not inconsequential is the second feature included on a separate BR disk in this package. It is the 1928 Gow, The Head Hunter, an early example of 'mondo' cinema that arrived in picture palaces a few years after Nanook of the North and Congorilla. Made by man-of-adventure Edward A. Salisbury, it's a fairly modest look at "primitive cultures", but that didn't stop it from being cleverly exploited for decades to come.

My love of islands and everything they evoke has been well served again this month by this superb BluRay release.

The only other thing that's come within a whistle of the above for its ability to provide sheer pleasure is Mike Dash's extraordinary Batavia's Graveyard, a tome so amazing, so unexpected, and so disturbing, I'm determined to utter nothing of its fearful contents. 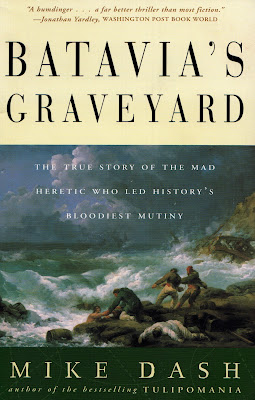