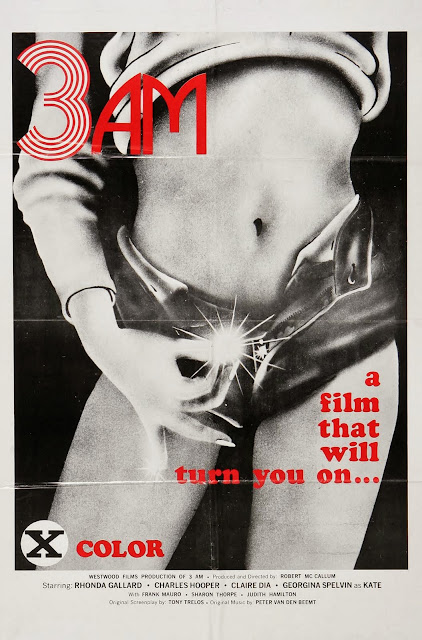 Late in 2013, Code Red released Gary Graver's TRICK OR TREATS, a mostly terrible slasher with very little slashing and plodding pacing. David Carradine, Steve Railsback, and Carrie Snodgress do their best, but the script betrays their efforts. I saw the film theatrically at the Showcase Sterling Heights (MI) in '82 and was unimpressed.

A short while earlier, I'd seen Graver's (uncredited) THE ATTIC with Snodgress again, and a crotchety Ray Milland. Although it was an atmospheric piece, it had the feel of a troubled production. Both films are poor examples of what a great filmmaker Graver really was. 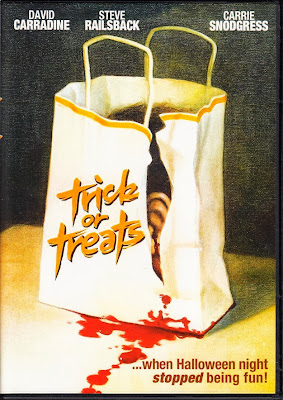 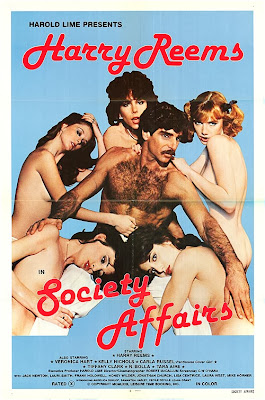 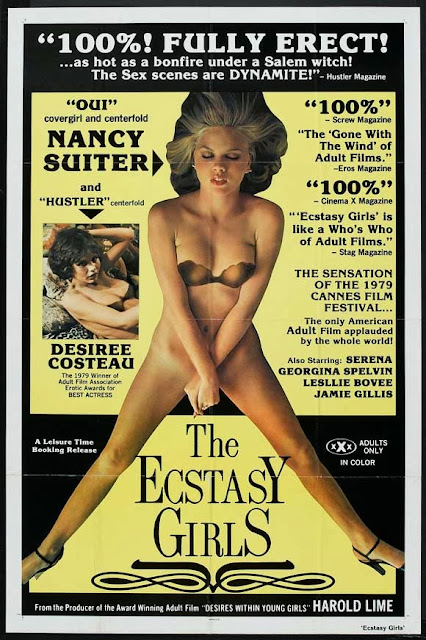 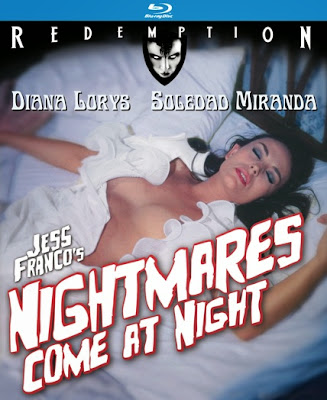 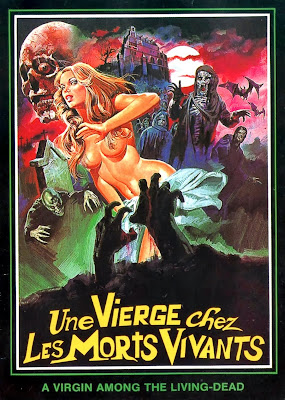 Because of its loose narrative requirements, 3AM takes on a foreboding, dream-like feel that, today, recalls other films of that era such as MESSIAH OF EVIL, LEMORA - A CHILD'S TALE OF THE SUPERNATURAL, and the Jess Franco duo NIGHTMARES COME AT NIGHT and A VIRGIN AMONG THE LIVING DEAD. The use of voices by composer Peter Van Den Beemt so reminds me of Bruno Nicolai's work on VIRGIN, while the employment of a rich, discordant soundtrack is right out of MESSIAH OF EVIL, a film made two years earlier in '73 that Graver may or may not have seen. 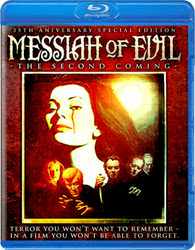 Georgina Spelvin, who headlines the movie, is perfect cast as aunt to two fatherless teenagers and guilt-ridden sister of a dead man's wife. While acquitting herself formidably in the dramatic scenes, she is electrifying in two beautifully shot, scored, and directed lesbian interludes. In the first one, a woman wanders off the foggy beach into Selvin's bathroom while she's showering. Emerging from deep depression, she allows this stranger to take her in the shower in what is surely one of the most natural seduction sequences I've ever seen in any movie. Although the scene is volcanic in its intensity, it never feels like porn because the camera coverage and editing are so inventive and atypical for the genre. The scene is really about a woman embracing deep physical intimacy at a time when she's not capable of dealing with anything more complex. The music in this scene is inspired, and the constant cascading of water on the women's bodies adds immeasurably to the end result. The second sequence involves Spelvin's gentle seduction of her niece. Totally different from the shower scene, it, nevertheless, grows entirely naturally, and arrives at a perfect place.

The film's other couplings flow naturally from the narrative and never feel gratuitous. The surreal atmosphere is consistent throughout, and when it's all over, you're left with a breathless sense that had more pornography gone in this direction, an exciting sub-genre might be flourishing today.

The film is not widely available and has not been resurrected on BluRay. If anything should be a candidate for reassessment and re-appreciation, this is the one. The late Gary Graver's masterpiece.
Posted by Phantom of Pulp at 5:06 PM 6 comments: