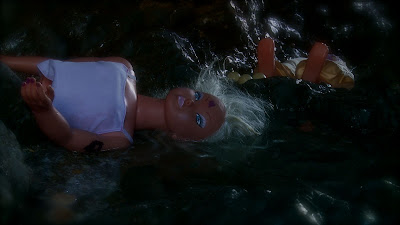 Excuse my lack of posts, but I've been working on the last chapter of a three-years-in-the-makin doco (Diary of a Mongrel Dog) and feature (fertISLE) in New Zealand these past few weeks.

Although I brought movies with me, writing and filmmaking stuff have gotten in the way of viewing -- and reading.

fertISLE is right up my alley and is the type of movie that fills me with passion. The sea. Dolls. Isolation. A man against the elements. An incredible island for location shooting. Minimal dialog. Maximum contrast. Even a little perversion. It's been a tough shoot, but, hopefully, the results will entertain a few people.

Below are a selection of frame grabs. 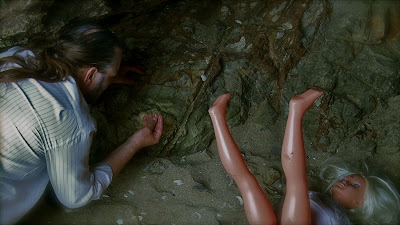 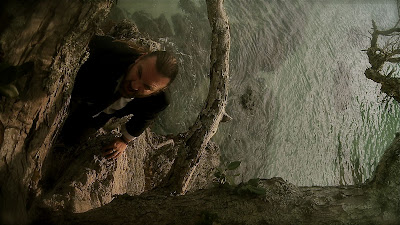 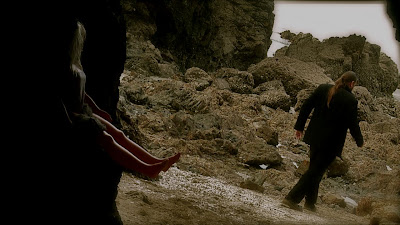 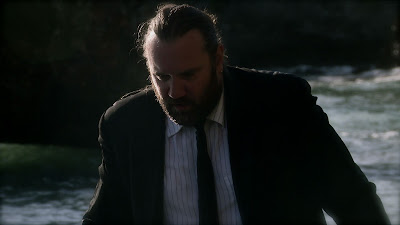 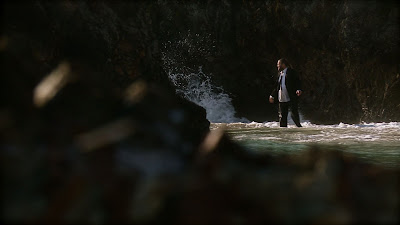 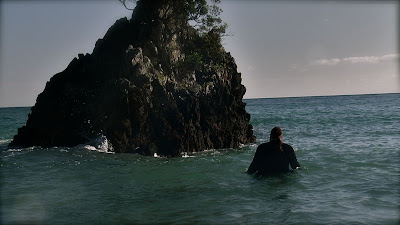 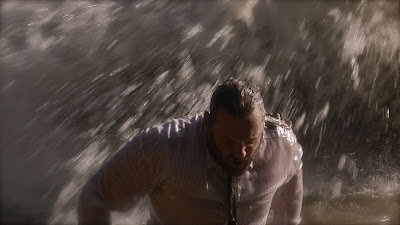 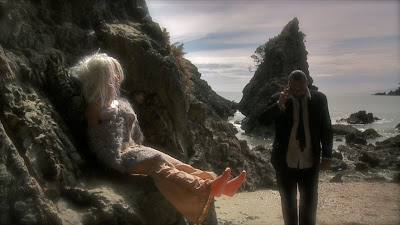 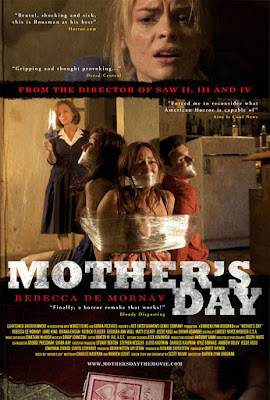 Darren Lynn Bousman's remake of Mother's Day has more in common with Death Weekend, Funny Games, and House on the Edge of the Park than Charles Kaufman's original. It uses the twisted mother/sons relationship of its source and marries it to a home invasion thriller.

As a home invasion thriller, it's graphic and perverted. It kills off central characters and boasts excellent performances from all participants. Rebecca de Mornay, as 'Mother', is chilling in her respective role and much less hysterical than I expected, but no less deviant.

The early 80's Mother's Day is referenced, but the references ('Queenie', for example) are not explained or expanded upon.

As a stand-alone horror flick/thriller, this is a very solid effort that is far more effective than any Saw film. It takes itself seriously and makes no Hollywood compromises. Recommended. 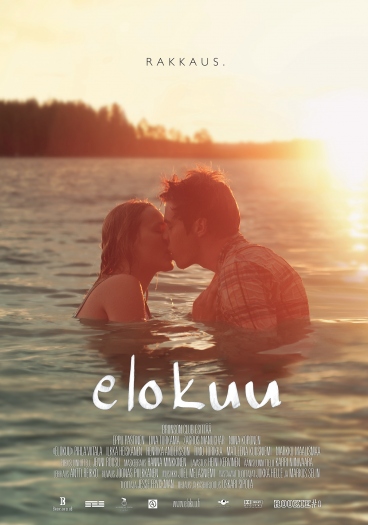 Elokuu (meaning 'August'; 2011) is a mostly successful pictorial essay on a young man's coming of age during a Finnish Summer. The conservative, upper middle class lad engages in some unconventional behavior by ferrying a selfish, mostly irritating bitch half way across the country to her sister's wedding. After she's used him for that, the smitten lad, who only wants to get his end into her, sticks to her like glue until his mission is successful. When it looks like his Summer experience will alter him permanently, the writers recoil and take a conventional route back to where he started. Probably a realistic conclusion, but not terribly interesting as cinema. 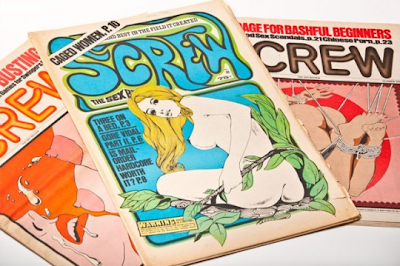 Screwed ('96) is a penetrating but sad documentary on Screw magazine publisher Al Goldstein. Made before the magazine shuttered and Goldstein lost his fortune, it paints a colorful picture of a man who spent most of his life fighting for his right to be "obscene.  Known for venting regularly on the underhanded shenanigans of his ex-wives on his Midnight Blue cable TV show, and for suing and being sued constantly, he's never less than entertaining and never more than a likable piece of shit kind of guy. He seems to have no friends but plenty of acquaintances and work colleagues, and he possesses a disarming quality that, once again, makes for entertaining subject matter.

The man is refreshingly honest (at least on camera!) He describes how he fired his own father from the magazine, and doesn't refrain from concluding that his mother was "just another dumb cunt" for two-timing his father and expecting her boyfriend to leave her his fortune (he didn't).

There are some fascinating tidbits here about the magazine. The Mayor's Office of New York City allowed it to prosper without censure because it gave the city's hookers a venue to advertise their wares. It faced non-stop obscenity charges outside New York City, however, but Goldstein, bless the fat fuck!,  never struck plea deals or made compromises that would see the charges go away. He fought his detractors bravely with his middle finger firmly at the twelve o' clock position.

One of the producers of Screwed was Todd Phillips, the director of the amazing Hated -- GG Allin and the Murder Junkies, as well as Due Date and The Hangover movies.  I'm not sure why exactly he got involved with this, but I noticed that Goldstein's second and favorite wife is named Mary Phillips. Perhaps this was Phillips' access to Golstein? Mary is his mother? The film was directed by Alexander Crawford, who was Hated's cinematographer. I guess I'm just trying to put two and two together here.

Screwed is a rough-and-ready little doco that effectively captures an era long gone and a man for a specific season that finally saw a permanent Winter. Sad.
Posted by Phantom of Pulp at 3:25 AM 2 comments:

Alone Across the Pacific

Excuse my absence, but it's been a heavy, heavy month. My dad died, so I've been on the other side of the world attending his funeral.

Immediately following his death, I confronted the reality that I will never wake up again with a dad. It's sobering and harsh.

The death of a friend preceded my dad's passing, and the death of another friend's brother has compounded the generally brutal tone of September.

I had a birthday, too, but the deaths outweighed the births this year.

After the Australian funeral, which was well attended by over a hundred people who remembered dad fondly, I headed to a New Zealand island to shoot a doco and, as it's turning out, another dramatic feature. That makes it four features I need to wrap up editing on in the next six months. Nice to be busy, but a little shameful to get so far behind in post. 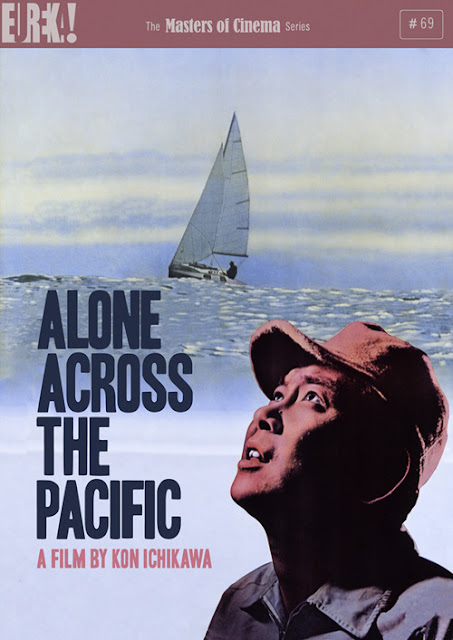 Although I'd seen it once before, re-watching Kon Ichikawa's perfectly measured Alone Across the Pacific (Nikkatsu; 1963) seemed like the appropriate gesture on another windy night on the island.

Simple story. A young man, Kenichi Horie (Yujiro Ishihara), dreams of sailing a small yacht to San Francisco from Osaka. His family opposes the journey because they care about his safety.

I really liked the way Ichikawa handled the man's relationship with his father. It felt real. Although Ishihara works for his dad in a small engineering company, it's clear that the job is a means to an end. That end is building a yacht for his intended trip. The old man attempts on several occasions to convince Kenichi to abandon his plans, but Kenichi is stubborn in his determination. What's conveyed so beautifully by Ichikawa is the older man's grudging respect for his son, and acknowledgment that such endeavors are a natural for a boy proceeding forward to manhood. Kenichi's conversations with his mother about the trip are heartbreaking, focusing on the woman's fear of losing her only son.

As one would expect, the young and relatively inexperienced sailor faces physical and mental hardships at sea, and finds himself revisiting the concerns of his parents. Ichikawa stresses the details of a long sea voyage with a compelling sequence in which Kenichi's supplies are dutifully listed with enormous cinematic flair. The recreations of the long sea voyage are spectacular and emphasize the terrible loneliness.

Faced with the challenge of confining his hero to one location, Ichikawa's decision to break up the trip with fascinating scenes of family opposition to it pays off.

In the period in which Kenichi successfully crossed the pacific, Japanese were banned from such nautical risks as this.

The DVD, from the UK's Masters of Cinema, is a welcome addition to the  available work of one of Japan's greatest directors. Fingers crossed that his Princess of the Moon will see release also.
Posted by Phantom of Pulp at 4:39 AM 19 comments:

Labels: Alone Across the Pacific, Kon Ichikawa, Masters of Cinema, Princess of the Moon, Yujiro Ishihara 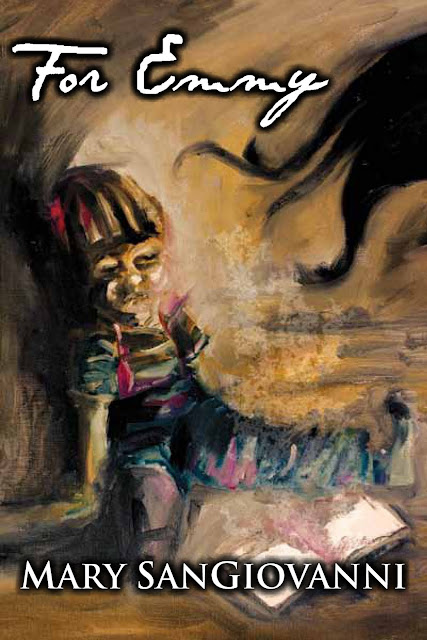 This is disturbing, stunning artwork, and I'm sure writer Mary SanGiovanni is happy with it. A book cover is so important because, despite the mantra, people do judge books by it. I know I do!  Honestly, shitty, generic artwork puts me off. Art needs to evoke a feeling, a milieu, a landscape of the mind -- if it doesn't, the words beyond the covers become irrelevant to the unconverted browser because it's a 'No Sale'.

I haven't read the book yet (it's ordered!), but I already know that the arresting looking (in a dark, perverse way) Ms. San Giovanni is a very talented writer who imbues her work with an uneasy dread. 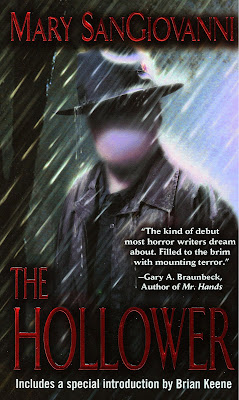 Giovanni scores again with killer cover art!
Her debut novel, The Hollower (an '07 release from the defunct Leisure horror line), was a focused piece of protracted anxiety about a thing with the ability to fuck with the deepest aspects of your self. It read smoothly and felt fresh.

"Sometimes no matter how vigilant you are, you can't keep loved ones safe" is the blurb that Bloodletting Press is using to tout the merits of this novel, a short one at one-oh-seven pages with a limited print run of one-fifty.

Kudos to the illustrator and to Bloodletting for marketing this novel with feeling. 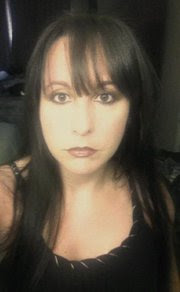 Gotta say it: It turns me on when women write horror because they're breaking the mold. If a woman wants to go dark, she's got my attention. 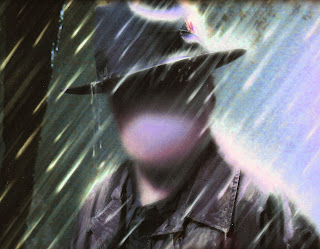