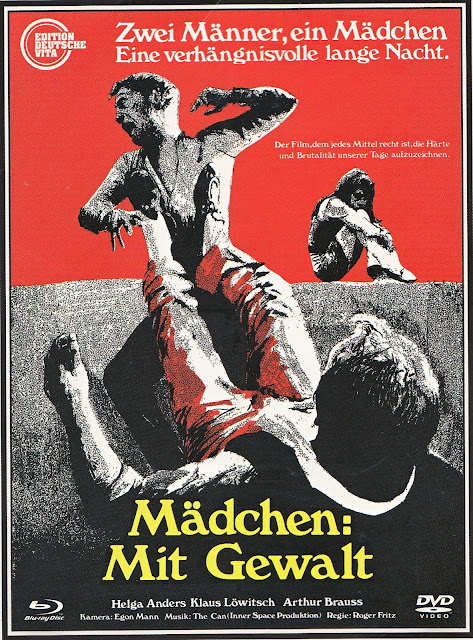 The German label SUBKULTUR, which recently put out an excellent BluRay of DON'T GO ON THE HOUSE,  scores again with MADCHEN: MIT GEWALT aka THE BRUTES aka CRY RAPE.

To answer the obvious question for exploitation fans, no, there is not a lot of rape in CRY RAPE. A woman does do some crying, and she does get chased through a quarry by the featured middle-aged rapists, but the level of rape in this movie amounts to about five minutes.

The sexual marauders of the title are serial rapists, but we don't get any flashbacks of their past crimes. We just get their background activities via a number of clever dialog exchanges. 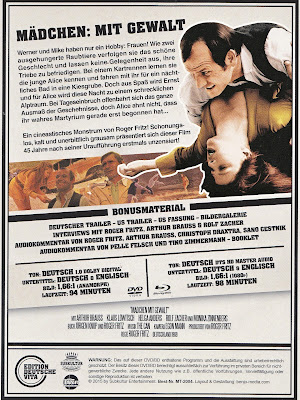 To the credit of director/star Roger Fritz, the film floats very nicely without a plethora of forced intercourse. In fact, it's what happens AFTER the rape that the film is really about, so I won't go into the kind of details that will spoil the experience for the first-time viewer.

Released in the US as CRY RAPE, it did appear for a spell on a crappy VHS that was panned and scanned and transferred from a bloody awful print.  Fortunately, the Subkultur BluRay––there is also a DVD––features a jaw-dropping transfer that just couldn't possibly look any better.

For the first time, you can marvel at how beautifully shot this film is, and, under better viewing conditions, witness the blossoming of every other element from performances (Fritz, Arthur Brauss, Helga Anders) to editing to the staging of the action scenes.

It's certainly a curious choice for Subkultur to put serious time, effort, and money into the BluRay release of this unsung hero of a film, but it's a choice that is much appreciated. 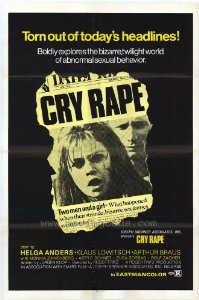 The film was co-financed by Oscar-winning producer Arthur Cohn.
Posted by Phantom of Pulp at 4:09 PM 13 comments: