I Became An Instant Fan of Der Fan 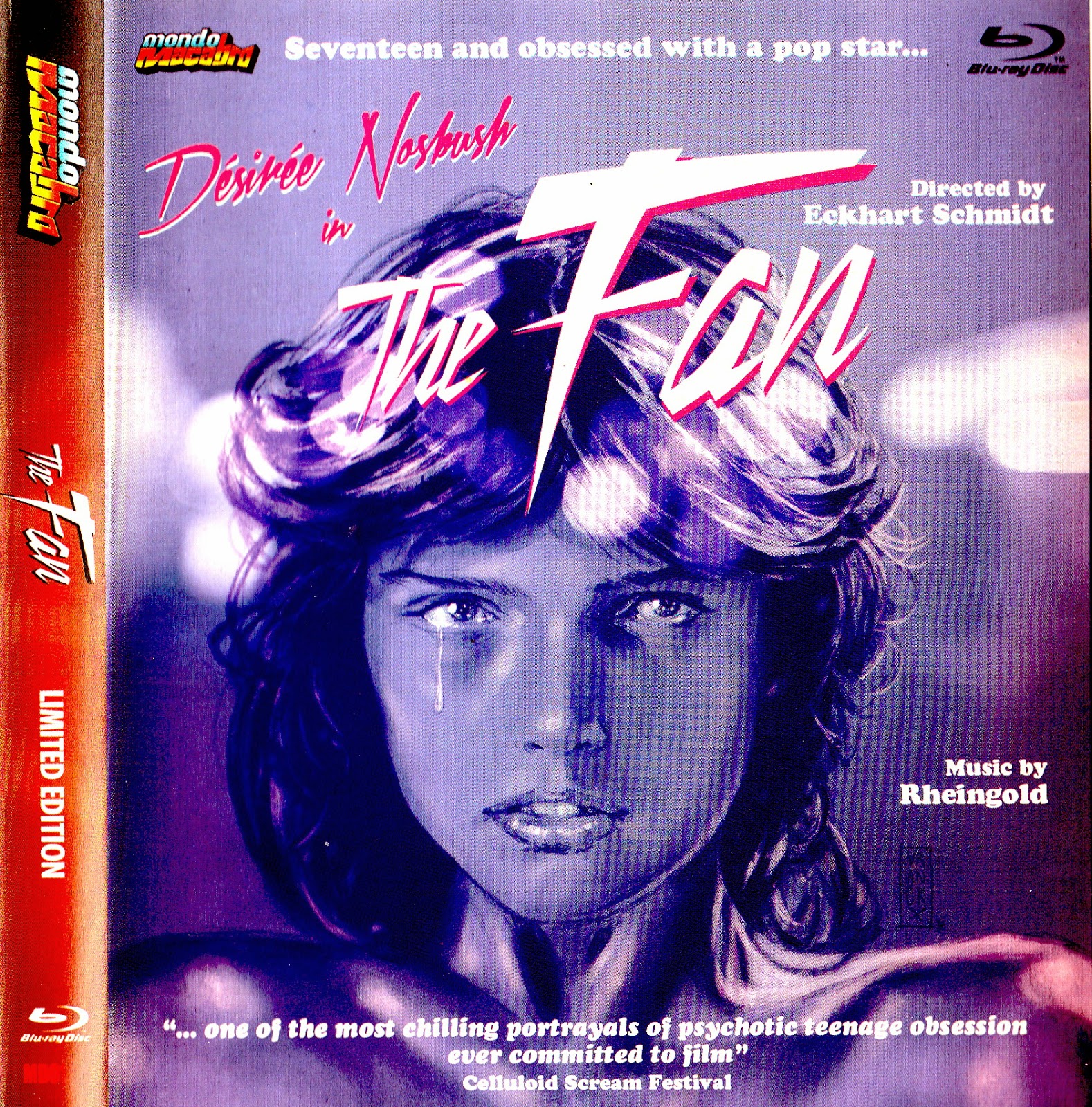 One of the funniest scenes in Eckhart Schmidt's DER FAN ('82) shows the film's heroine, Simone (Desiree Nosbusch), accosting her mailman on the street and beating him up because he wasn't in possession of a letter she was waiting for. This scene reminded me of a time in my own life when my brother pointed an air rifle at our mailman because he failed to deliver a processed Super-8 monster film we were hanging out to see.

DER FAN is about a young woman who's obsessed with a Gary Numan-/John Foxx-style pop artist named "R". This fellow has the on-screen charisma of ice (which makes him cool, I suppose), and sings in a strange monotone with unique electronic backing that sounds like a cross between Kraftwerk, Serge Blenner, and an el cheapo Pet Shop Boys. The band credited with the film's tuneful music is Rheingold. 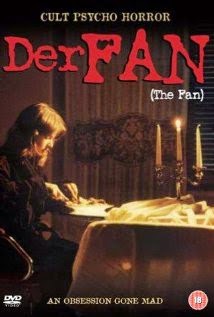 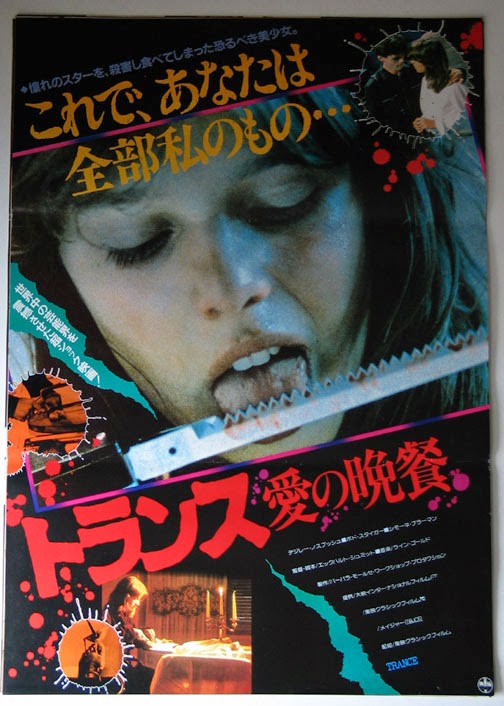 Schmidt made the movie after witnessing the way young pop music fans interact with their idols. He captures the madness and loneliness of obsession with authenticity, and, lucky for him, managed to cast a young lady who was just right for the job of portraying a sexy teenage psycho. A striking creature, Ms. Nosbusch takes her character from immature juvenile to nihilistic viper without missing a beat. And her voice-over documents a descent into greater madness that manages to feel logical and complete.

I had never seen DER FAN (also known as TRANCE) before, so my first viewing, on Mondo Macabro's BluRay, was a most satisfying experience.  Never released in the US, according to the jacket copy, it packs a punch content-wise, and earns its Unrated tag with some surprising violence, and nudity that would surpass any R-rating today.

It was released in the UK, but I'm uncertain if it was uncut. I'm sure a British reader could answer that question.

The film is a favorite of Japanese cannibal Issei Sagawa, and was released one year after he killed and dined on a female student in France.

Director Schmidt also made the fascinating LOFT. Perhaps Mondo-Macabro will give that a BluRay spin, too, if this one does some business. So don't pirate it, folks, buy it, or your options will soon diminish. 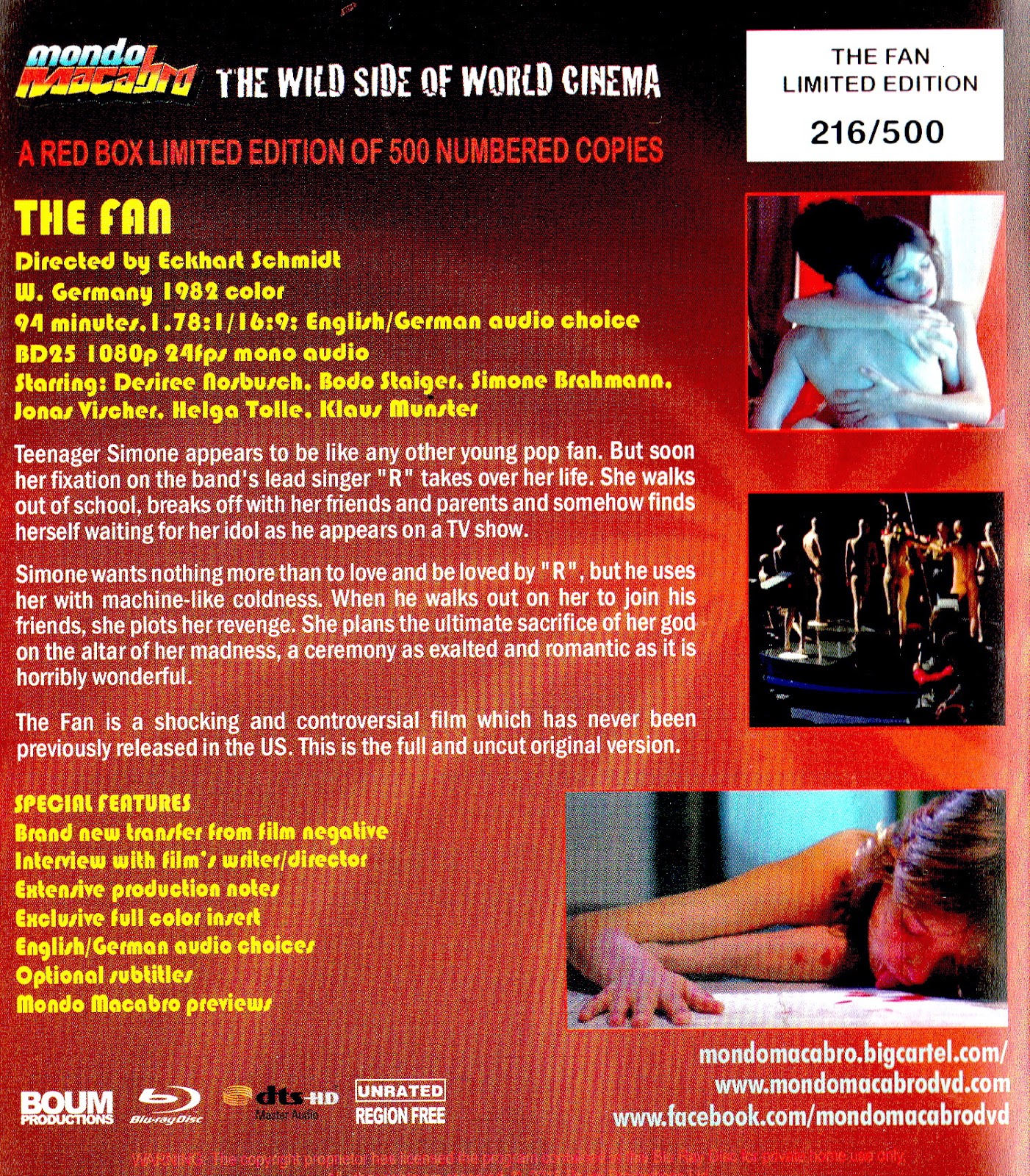 This excellent film from a by-gone era (which is a damn fucking shame) would make a fine double feature with DON'T DELIVER US FROM EVIL, another sweet tale of teenage temptresses gone nuts.

The distributor's Red Box BluRay is limited to 500, although it may remain available beyond the 500 as a standard issue disk.