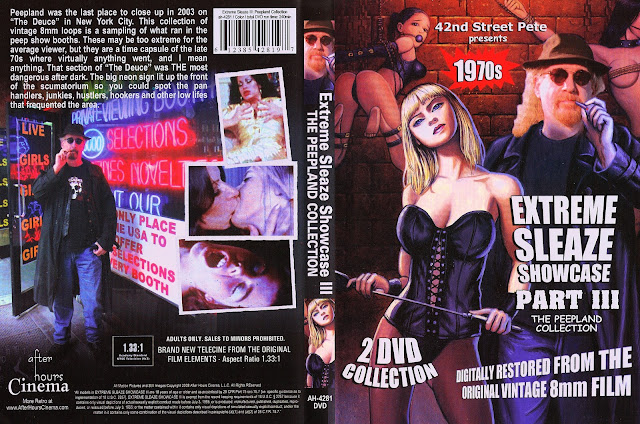 The Extreme Sleaze Showcase/Part 3/The Peepland Collection is Pete's latest offering, and it's a good one.  Loops don't have complex storylines. They have simple premises. For example, my favorite in this collection is *Violence*. The premise is: A young woman riding a bike is kidnapped and taken to a barn. There, she she is raped and abused. That's it.

*Violence* fascinated me because it's visually similar to some rough little shorts I made myself in the early 80's; they had titles like 'Horsing Around' and 'Beyond the Pale, and although they were not hardcore, they had a similar storyline, and were shot on Super-8 (like *Violence*). Although Pete introduces and comments on these movies, he doesn't say a lot about their origins. *Violence* also appealed to me because it has what I can only call a Color Climax look. 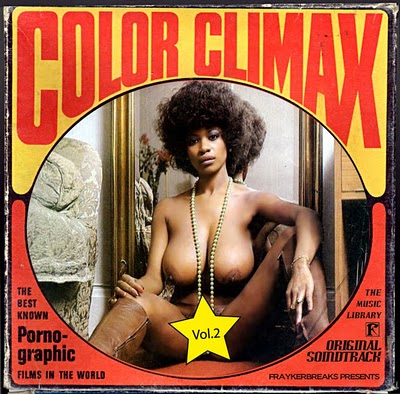 In the 70's and early 80's, Color Climax was the premier European producer and distributor of loops and magazines featuring every sexual bent imaginable (legal and illegal) . Notorious, now hard-to-find films like *Kilroy Was Here*  and *Debased Dolly*  were distributed if not always produced by Color Climax, and I have always associated the grainy Super-8 look of films like *Violence* with the company (now an on-line concern only).  If I'd frequented 42nd Street, my reference points would probably be different.

Many of the loops in this compilation are clearly American, but several appear to be European. The films are silent, so there's no dialog to identify anybody's origins, and the locations are fairly generic (countryside, the odd city street, sleazy rooms) Another reference I have for the Euro -- or Scandinavian look, more rightly -- is what I've seen of Bodil Jenson's bestiality loops. They, too, have that distinct and magical Super-8 quality where the colors are muted, the grain is thick, and film scratches dance across the screen.

Another suspiciously Euro aspect of *Violence* is the inclusion of shots of pigs during the rape. The pigs are not part of the sex, but shots of them hanging out, eating, roughhousing, and gawking at the proceedings are intercut in order to up the sleaze quota. Perhaps the original producers were appealing to the beasty crowd?


The Extreme Sleaze Showcase DVD's are all must-haves. 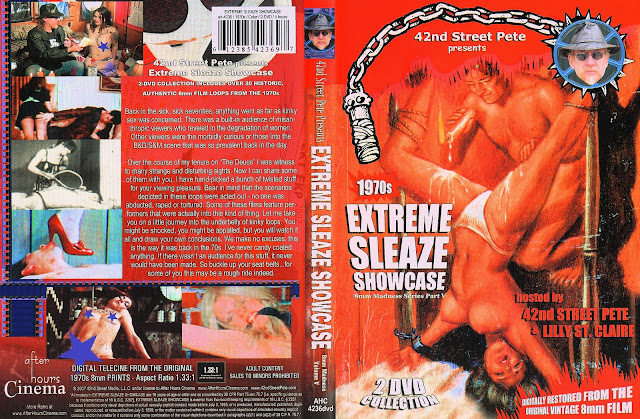 These collections are a priceless reminder of recorded sexual culture, a culture that echoes today, and will echo well into the future. 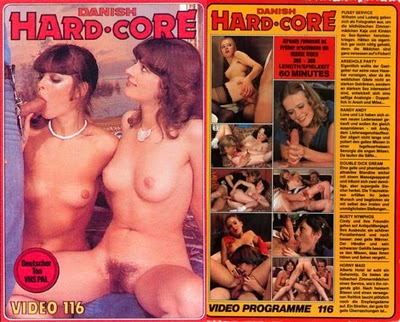