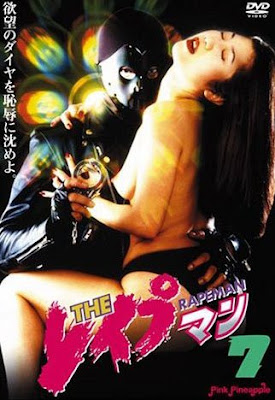 In Japan he's called The Reipuman. We know him as The Rapeman.

Quite recently, they have become available on DVD.

Prior to their DVD debut, the only way to see these with English translation was on gray market VHS from Video Search of Miami.

There has been a lot of harsh criticism of Weisser and his various endeavors over the years. It's a type of criticism I don't think is deserved. Yes, we now know that there are many factual inaccuracies in his books (Japanese Cinema - The Essential Handbook, Japanese Cinema Encyclopedia, and The Sex Films), and perhaps he didn't see every film he covered. So what! He covered as much as he could with the knowledge he had. Most importantly, he got it out there. He published.

For mine, I find Weisser's The Sex Films a far more entertaining read (and much more suited to my tastes) than Jasper Sharp's Behind The Pink Curtain, an admittedly beautifully put together look at pink films that detours around most of the pink/violent pink films I love. I'm sure it's more factually accurate and better researched, but it doesn't have the vibe of Weisser's groundbreaking work. 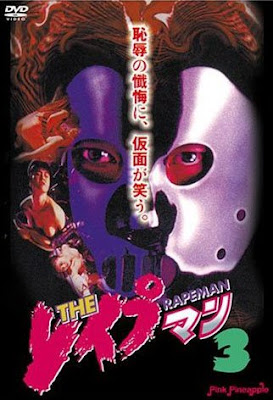 Sadly, The Reipuman series gets a pissy sixty words of text in Behind The Pink Curtain's 415 pages. If that's not a dismissal of its virtues, what is?

Weisser was the Neil Armstrong of English language pink film journalism. In his Asian Trash Cinema magazine (which is still running under the Asian Cult Cinema title), in addition to covering the usual suspects like John Woo, Jackie Chan, Tsui Hark, and Bruce Lee, Weisser focused his perverted pen on pink films that nobody else was covering in any serious way. He gave them respect. He didn't relegate them to a porn-like ghetto.

Of course, Weisser deserves his own post, so I won't play that game in this locker room right now. My point is Weisser helped bring The Rapeman to English language cinephiles. The legalities of how he did it is another issue entirely. 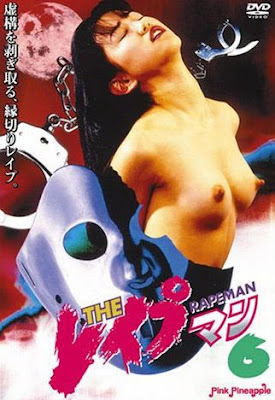 The series is an extraordinary one. Produced by Pink Pineapple, The Reipuman is based on a 13-volume manga series by Keiko Aisaki and Shintaro Miyawaki. Production on that was between '85 and '92.

Aimed at middle-aged men, the film adaptations began right after the manga was discontinued. 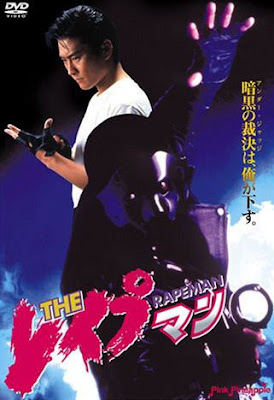 In my 2003 on-line review of the series' first installment, I said this:

Rapeman 1 is a well written and sweet genre hybrid that mainstreams the original manga's more controversial elements and delivers a quality piece of entertainment. Rapeman and his uncle run Rapeman Services, a company catering to wronged, vengeance-seeking spouses and spurned lovers. In this outing, Rapeman and Uncle become embroiled in a political party's attempt to disgrace an opponent. Rapeman, a school teacher by day, rapist by night, is also a detective and has a strong sense of justice. "Righting wrongs through penetration" is the company motto and many wrongs are righted here. Shot on video and given the "film look" treatment, this fascinating genre hybrid is skilfully directed and nicely scored. The actor portraying Rapeman ended his own life recently and, thus, ended this terrific series. 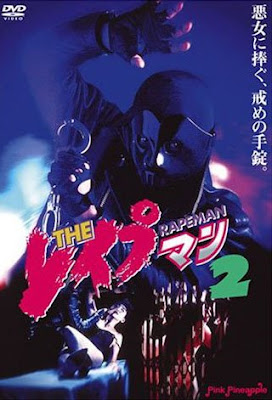 My review of the second installment went thus:

This sequel to the more morally adjusted "Rapeman" amps up the violence and nastiness by making Rapeman angrier. Simple plot involves stolen body parts. Rapeman and Uncle get mad, then even, when a little girl dies mysteriously in hospital after a minor car accident. Turns out she was killed for her kidneys and other internal items. The film's opening sequence reaffirms Rapeman's motto of Righting Wrongs Through Penetration. The beautifully shot scenes of him in his Clark Kent-like guise (he's a schoolteacher) walking to school with his students re-establish his fascinating dual persona. As in the first installment, the musical score is truly beautiful, and the film's final scene, set in a cemetery, is very touching. 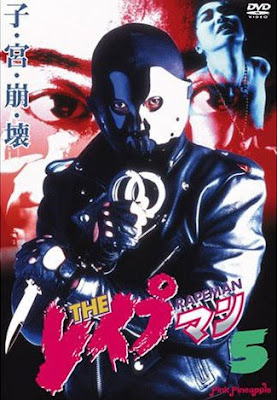 The Reipuman films are not the brutal, ultra-misogynistic trash the titles might suggest to some (or most).

Reipuman does not kill. The ultimate punishment in these films has a particularly Japanese cultural bias. It is humilation.

Pink Pineapple's artwork is beautiful, evocative, and provocative. It perfectly captures the spirit of the series. 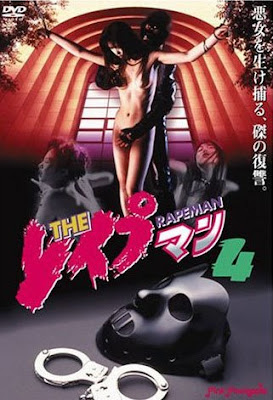 Whether there will ever be a legitimate English language translation of the series is unknown.

Would there be an English language audience for these modest masterworks? Yes. Would that audience be big enough to justify the licensing fees? It's hard to say. I don't know what the licensing costs would be.

A region-free box set with original Japanese audio and English subtitles would definitely be the way to go with this.

Until that appears, I suggest taking the plunge on these titles with cdjapan.co.jp or amazon.co.jp 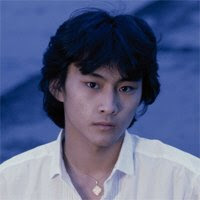 It is truly tragic that Reipuman actor Hiroyuki Okita took his own life. His star shone brightly for a while.