In A Transit Lounge 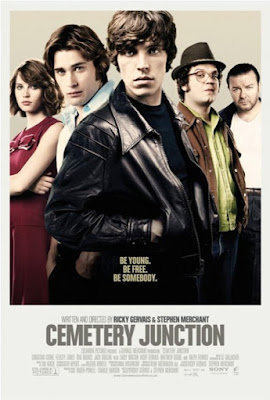 Just arrived in New Zealand (Auckland) en route to an exciting shoot in Australia. I'm sitting in a transit lounge staring out the window at mysterious, dIstant peaks shrouded in listless clouds. It's a fine way to spend six hours, really -- just yearning for these cathedrals of nature and the excitement they promise. As always, my heart pumped faster as the jet flew over impressive uninhabited islands of rock and deep green grass, surely a sign of the land's fertility. I did consider parachuting down there. It's not just sexual desire that's unreasonably strong.

I usually look forward to catching up on decent documentaries on long flights (especially British ones). Qantas usually has a handful of these (some quite R-rated), several of which I've reviewed on this blog. Must admit to being a bit disappointed with Air New Zealand's selection. Too bloody Christan for my liking -- not Christian in content, but Christian in terms of what was on offer (as in: no tits, ass, or offensive content) .

I did catch the Ricky Gervais/Stephen Merchant comedy/drama Cemetery Junction, however, and enjoyed it immensely. The imdb summary says it's about "three upstart professional men working at an insurance company". I hate to differ, but it's bloody well not. The film focuses on three friends, residents of Cemetery Junction (a claustrophobic English town) , whose differences become more apparent when one of the lads decides to "better himself" by taking a job at an insurance company. The film is more drama than comedy and has a touch of the Ken Loaches. That's not a bad thing, mind you, and should give you some idea of what to expect. 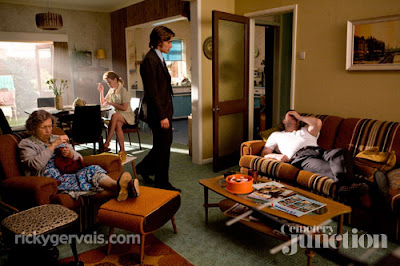 A spot of the Ken Loaches
Gervais, who directed and wrote the flick with Merchant, plays the rather pathetic father of one of the lads, and Merchant does a cameo in which he speaks glowingly about his wife's tits. Ralph Fiennes is deliciously 'orrible as the head of the insurance company and Mathew Goode isn't half bad as his lieutenant. Tom Hughes plays Bruce, a wild young bloke who shovels shit on his unemployed dad at every opportunity. The way this storyline is resolved isn't terribly surprising, but its extremely well handled by Gervais and Merchant. Gervais's first directing effort, The Invention of Lying, was more of a short stretched to feature length; this, thankfully, has enough material to justify its length.

Not sure when Cemetery Junction is hitting other markets, but do catch it if you can.

I did start watching a BBC doco about a Tanzanian railway that's going to the dogs. Interesting subject, but the very on-camera narrator/host started to bug me after a while. Smarmy ass. If you're going to interview people who are much poorer than you, don't make smug, smarmy comments in pursuit of cheap laughs.

It's back to the transit lounge and some hideously overpriced cranberry juice. 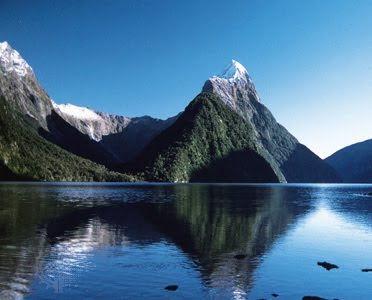