Unfortunately, Gasper Noe's Enter The Void, his third feature, is also his worst so far. He had eighteen million to make this one, and he spent most of the money on technical razzle dazzle while forgetting to make something engaging. His camera swoops and swan-dives all over the place in an attempt to recreate the vibe of a bunch of drug trips he took in the past, but the sheer volume of this hallucinogenic material ultimately buries the drama . I'm sure Gasper had a good time dropping whatever the fuck he dropped into his bloodstream, but I had an irritating time staring at his cinematic representation of it.

In a weird way, the film is structurally a remake of Irreversible infected with the tone and storyline of Philippe Grandrieux's intolerable La Vie Nouvelle (A New Life, 2002), a film that began with some stunning experimentation, but then plunged us into a world of monotony involving a prostitute and a pimp's dominance over her.

Like La Vie Nouvelle*, Enter The Void's biggest sin is being boring and repetitive. I Stand Alone, his best film, is this film's polar opposite, mostly because it has a fascinating protagonist we cared about. He was funny, too. The hero characters in this effort, a brother and sister whose lives have been altered by a tragedy, register as non-humans.

Before closing, I must admit that I have a pet peeve with films that depict nightclub/narcotic culture. I despise nightclubs and all they represent, so Void's nightclub focus didn't exactly warm my heart. This bias didn't kill the film for me, though; it just made a bad thing worse.

As I emerged from LA's Nuart Theater into the harshness of peak hour sunshine, I felt enormous relief that Enter The Void was over. I was free of its cloying mundanity. Yes, folks, a Gasper Noe film that was, ultimately, mundane.

Still, I look forward to Mr. Noe's next cinematic excursion. Perhaps he's gotten the self-indulgent rot out of his system.

* I found Grandrieux's Un Lac (A Lake, 2008) to be a far more effective exercise in abstraction and tone than La Vie Nouvelle, and a more immersive cinematic experience than Enter The Void. 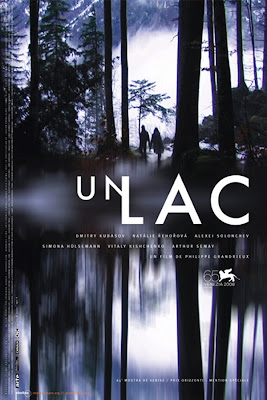