Naruse Mikio and the Magic Touch 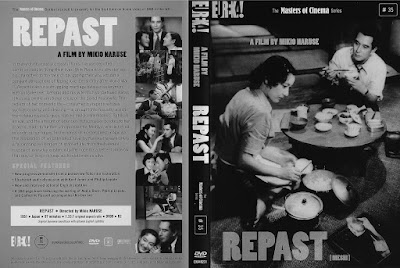 Director Naruse Mikio is a forensic investigator and portrayer of intricate human behavior. His images create provocative thought patterns, and are fascinating for how truthful they feel. If you have lived and loved intensely, you will appreciate his work.

Naruse is one of my favorite directors. As I age and change, so do my preferences. These days, I appreciate films that portray authentic human relationships -- I know how difficult these are to pull off, and they are pulled off so seldom.

Repast ('51) is a particular favorite of mine. It explores the loneliness of love. Recently, it has been bundled into an impressive box set by Eureka in the UK. The box set is simply titled Naruse Volume One. Also included in the set are the director's favorite films, Sound of the Mountain ('54), and Flowing ('56).

Repast is about a married woman named Michiyo (Setsuko Hara) whose doubts about her marriage are intensified when her husband Hatsunosuke's (Ken Euhara) niece comes to visit. His attentive and loving treatment of the younger woman contrasts starkly with his seeming indifference to Michiyo's state of being. Compounding matters is the oppressive sense of social duty that Michiyo feels, a duty her own mother is unsympathetic towards.

Naruse does not create false urgency or contrived situations; feelings emerge fully fleshed out from his slowly building set-ups; most are brief and concise, subtly telegraphing trouble. The pleasure of watching Repast is akin to the pleasure one feels when eating a delicious, lovingly prepared dinner. The cherry on top is the glorious aroma of the drama.

Setsuko Hara, who was already an accomplished actress when Repast was filmed, seems so real and representative of the reluctantly dutiful Japanese housewife of the time. Her tale is clearly the tale of many women -- men also.

All relationships, short or long, require compromises in order to exist; I get that. Two forces of nature can't move harmoniously through the same narrow pipe. A travel schedule must be written. Arrangements must be made. But the big compromises I see in some relationships seem more like states of surrender than recipes for harmony.

In Repast, Naruse focuses on what happens when fantasy (what we want) meets reality (the way things really are). We are complex creatures, and we tend to bury our complexities in a wishing well of romantic idealism. But, like most things we bury, our complexities rise eventually to the surface.

Romantic love is fine in books, films, and paintings, but in real life, it doesn't last or remain as deliciously urgent as it was when first tasted. When it declines, our desire to experience the frisson remains, but the frisson can be an amoral dictator. Ultimately, in most relationships, we are alone with our deep complexities.

Repast is the story of a woman who confronts the truth of her choices and accepts her complexities. She gains perspective, and sees the road to a new future.

Naruse makes me think about his films many months after I've experienced them. He possessed the magic touch. 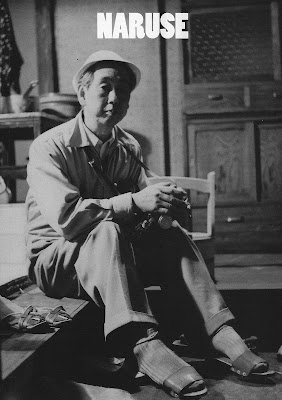