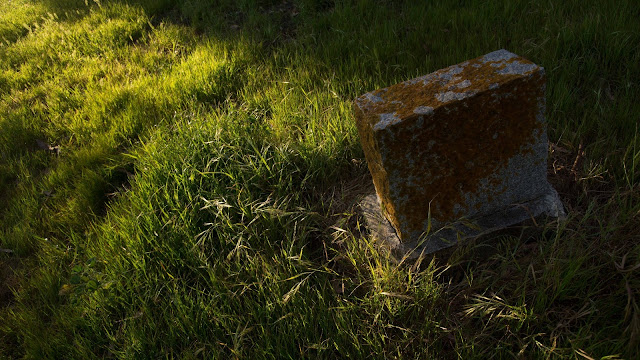 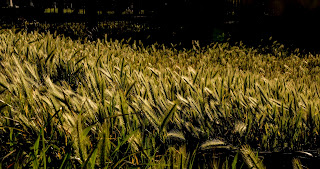 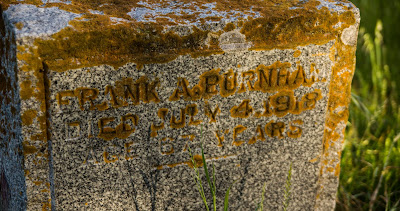 Off a nondescript road heading into San Luis Obispo, there lies a graveyard basted in shadows and dappled light.  It is the home of the lonely grave of Frank A. Burnham, a man who left this world in 1919. 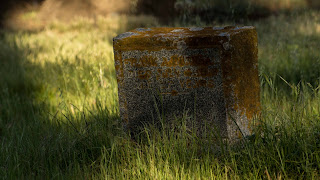 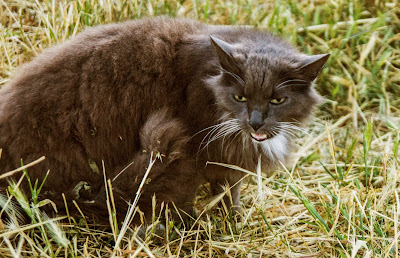 This cat met me on the edge of the grounds, his displeasure directed not at me, but at a dog wandering the perimeter. The feline happily posed for some pictures after I took this one, and regarded me calmly as I explored his world. 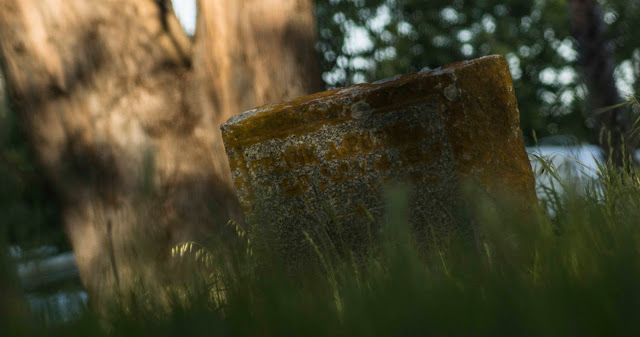 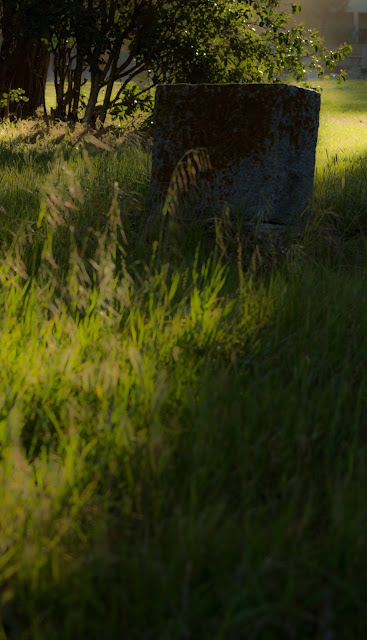 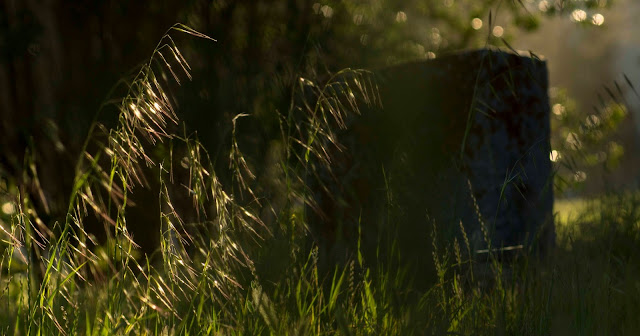 The stone of Frank A. Burnham stands apart from its brethren, a slab straining to maintain its stance for almost a century. 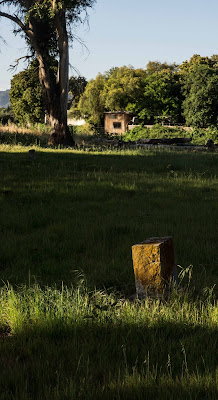 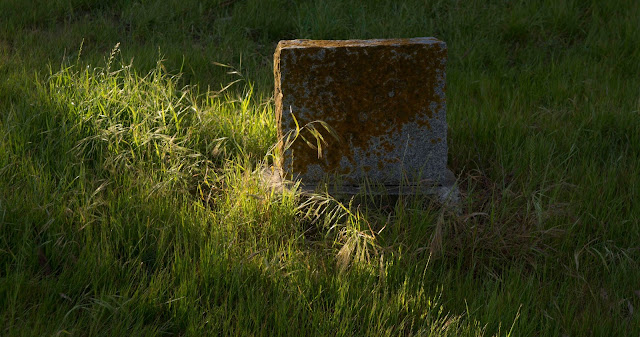 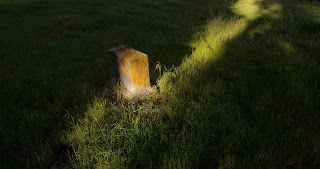 Like in the movie Dellamorte Dellamore, the living buzzed about the headstone, absorbing the soul's
final breath, the breath of a man named Burnham. 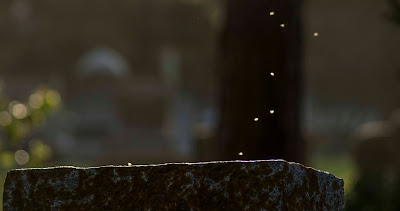 The picture below puzzles me now as it appears to depict a distant man, backlit by the dawn sun.

I didn't see a living soul in the cemetery as I roamed it for an hour, so I'm unable to provide an explanation of exactly what or who this figure was. It looks like a man to me, his hair shoulder length, his body facing us, back straight.

Does Frank A. Burnham stand sentinel over his own grave, disappointed to behold a grave so lonely? 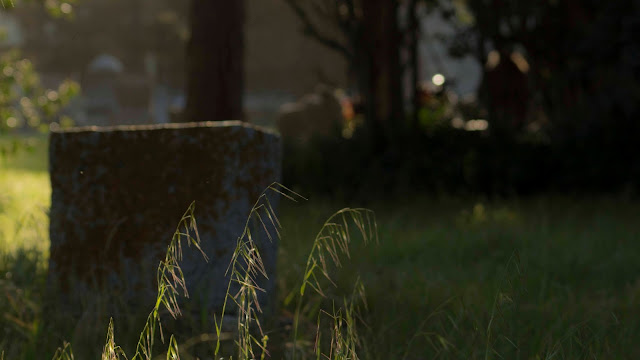 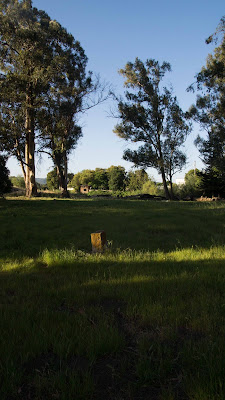 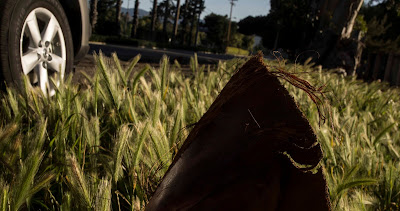 Once the sun was up, it was time to leave.

Cemeteries only truly exist in shadows.
Posted by Phantom of Pulp at 10:22 AM