Better Than Snakes on a Plane 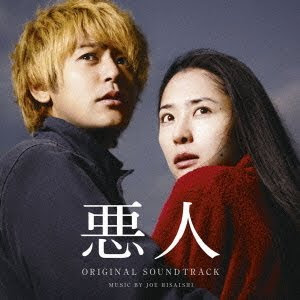 I hate traveling -- to be more precise, I hate the flying/airport part of traveling. It sucks more than ever these days to catch planes and go through endless security checks and bag searches and hunts for God knows what in a tube of toothpaste. Makes me want to board a ship. Trouble is, I don't have the spare months up my sleeve that ship travel requires. I'm sure I'd find the time if i was voyaging to Wells' Noble's Isle, though. Who wouldn't?

Watching movies on planes puts any movie to the test. The conditions are disgraceful. The sound is shitty. Screenings are constantly interrupted by pilots updating passengers on the plane's location and the crummy weather conditions at the destination.

Now, it's not that I haven't seen anything like it before -- I have. The most recent movie that Villain reminds me of is the Korean Mother. In that film, a young man's mother must discover whether her son is insane (and murderous) or the victim of false accusations. In Villain, there are a number of off-balance characters and we're not quiet sure who is truly crazy. But our attention becomes riveted to the narrative when a young woman is found very, very dead after a date. 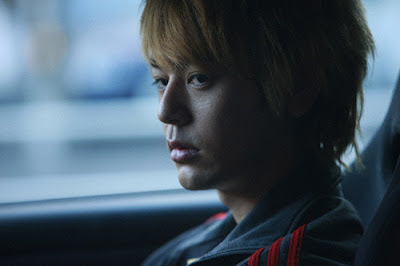 At its heart, the film is about a young man's -- and a young woman's -- search for companionship and understanding. It also explores the ramifications of cruel games that young, sexually attractive women often play with smitten, inexperienced boys whose decisions are being made by their penises -- and whose frustrations are expressed with testosterone-wrapped fists.

Villain explores so much amazing territory including internet dating and throwaway humans. There is a terrible death in the film, and the impact of that death on those closest to the victim (the father, in particular) is painstakingly explored. Several set pieces focusing on the man's rage are truly devastating.

I'm writing this from a Honolulu hotel where I have a brief layover and serious jet lag, so excuse me if my thoughts on this film seem a bit fractured. i just wanted to get them out of my head and onto the blog so someone else out there will search out this very special, very dark film from Japan.

I read about some American remake. Fuck off! 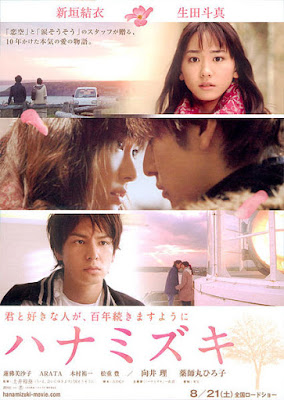 Also caught on the same flight was Hanamizuki, a beautiful modern love story set in the stunning landscapes of Hokkaido, Japan's Northern island. It concerns itself with a love affair between a studious, ambitious young woman and a fisherman's son. It is slightly predictable, as love stories always are, but it's told with great attention to emotional nuance and life's many surprises. It boasts a couple of wonderful revelations and restrained scenes of intimacy that feel totally real. Proudly old fashioned in its style, it is one of Japan's biggest box office successes of the year. The key to its success is certainly the chemistry of the film's two leads -- the gorgeous Yui Aragaki (as Sae) and Toma Ikutu (Kohei) are perfectly cast, and not for one minute do we doubt the authenticity of their attraction. 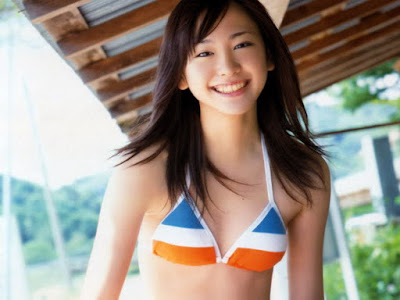 Admittedly, most red-blooded fellows would have little trouble being attracted to Ms. Aragaki; I know I could watch her hanging washing for ninety minutes, so beautiful was the aura she radiated. 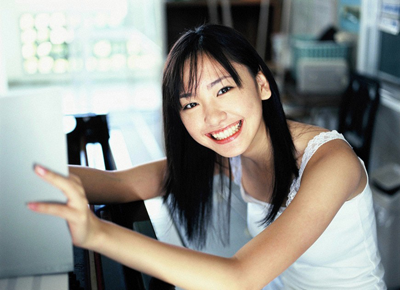 My only beef with Hanamizuki is its length. It doesn't want to end, but perhaps it could have been shortened here and there. On the other hand, I never stopped wanting to know what happened to these two people. Ultimately, it's an extremely pleasurable piece if one surrenders to it. If you've loved deeply, there may be a place in your heart for the experience
Posted by Phantom of Pulp at 11:02 PM