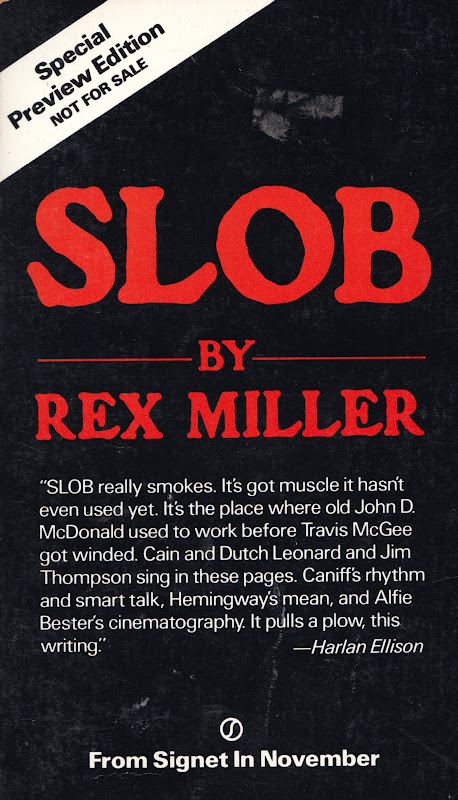 Not sure how I ended up with this 'preview edition' of Slob, but  I love the Ellison quote that concludes with "It pulls a plow, this writing".
Unfortunate that Signet didn't use it on their first official printing in '87 (edition below).  Not hard to guess why they went with someone else's quote, though. 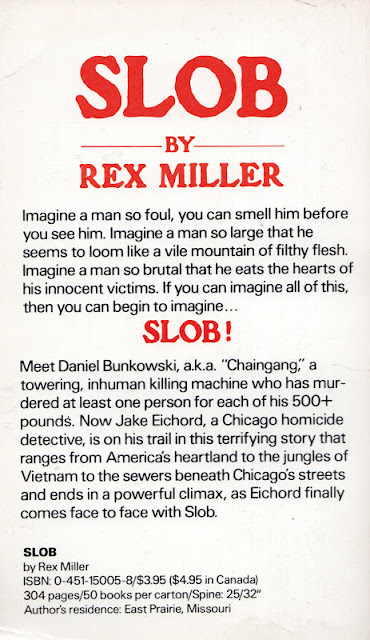 The late Miller had a few years in the spotlight with his 'Chaingang' series of books (five in all) and a handful of semi-related novels.
'Chaingang' was Daniel Bunkowski (any relation to Bukowski?), a filthy, fat serial killer. The series focused on a Chicago detective (Jack Eichord) and his exhaustive search for him. 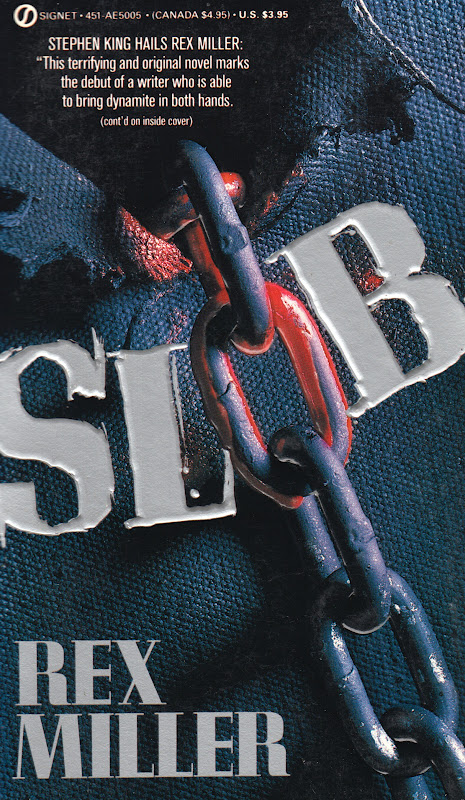 Marketed in some circles as pure, gory horror, the books read more like bloodier-than-usual crime thrillers, and are, for the most part, well written, briskly paced, and buoyed by rich and fruity dialog exchanges.
Slob is broken up into approximately ten sections with names such as 'Jack and the Queen of Hearts' and 'Jack Eichord Meets the Lynch Family'. It's a format that works. 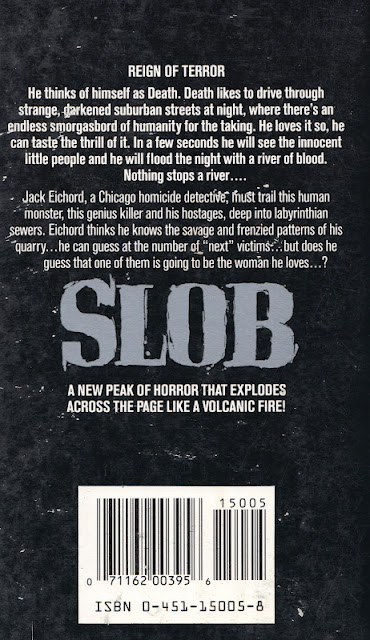 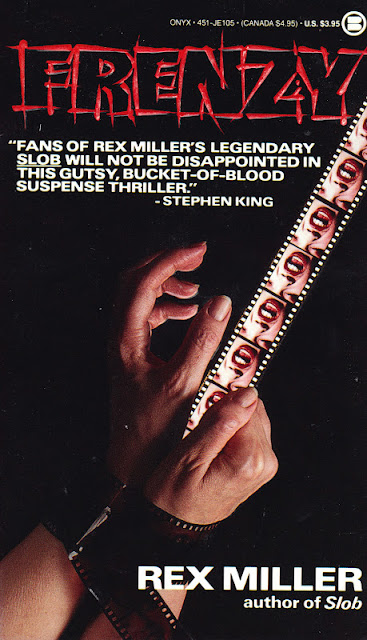 Note the affectionate review (below) from veteran fantasy author Marion Zimmer Bradley. She's not the type of writer I'd expect such a quote from. Still, good on her for stepping outside her comfort zone. 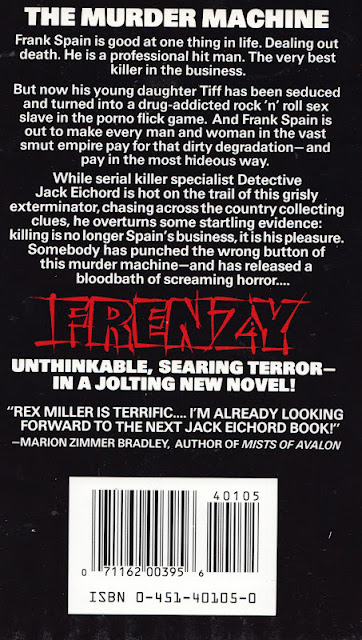 Slice, Chaingang, Savant, and Butcher completed the 'Chaingang' series in '94.

Other notable Miller titles are Iceman and Profane Men, a favorite of mine. 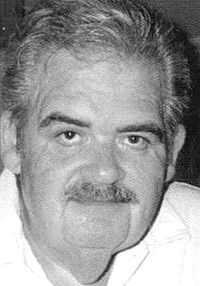