Plague of the Ad Mats 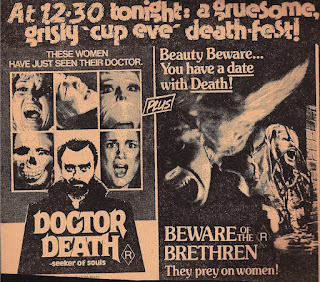 The Beware of the Brethren ('72) art seems to be channeling Squirm, but don't let that fool you. 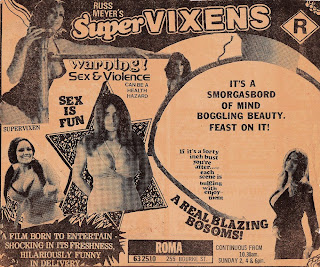 This ad mat is pretty terrible; the film, I'm sure many will agree, is amazing.

If you haven't seen it, may God pity you. 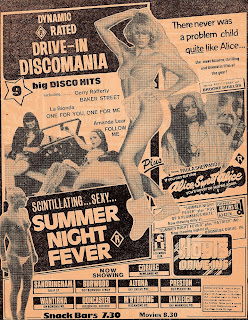 Summer Night Fever ('78), though an adequate teen sex romp, was easily bested in every category by Alfred Sole's '76 masterpiece of Catholic terror, Alice Sweet Alice (aka Communion aka Holy Terror).

Paula Sheppard, who played Alice, later appeared in the bizarre Liquid Sky ('82) from director Slava Tsukerman. It was her final film role. 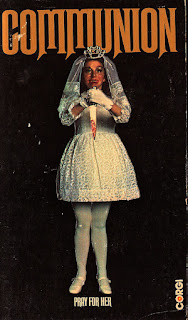 The Corgi Books novelization of the film, Communion ('77) by Frank Lauria, is a good read, and is just 179 pages long. 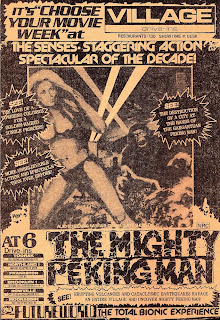 My father took me to see this. He fell asleep after the first ten minutes. That was fine by me. It meant I didn't have to listen to comments like "How ridiculous!" and "It's hard to believe that grown men are making these films."

A Peckinpah classic at the drive-in.

In order to see this R-rated movie, I tried telling my mother that it was a religious film about a cross of iron. She didn't buy it. Even she knew who Sam Peckinpah was. 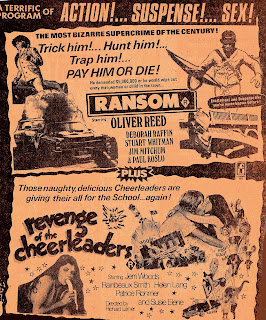 Ransom ('75) is a plodding actioner, but Revenge of the Cheerleaders ('76) is a fun, campy softcore comedy that stars, amongst other luminaries, the late Rainbeaux Smith, who had previously starred in Lemora - A Child's Tale of the Supernatural ('73), a Lovecraftian film that I adore.
Posted by Phantom of Pulp at 10:06 AM